Pioneering winemaker, Derek Mossman Knapp of Garage Wine Co, will be in Toronto soon to launch their Old-vine Revival project, an initiative to revive small parcels of old vines of the historic variety “País” during lockdown. Garage Wine Co is passionate about bringing this historical variety to a new generation of wine drinkers in Ontario.

The Revival project is not sustainable it is regenerative, and not just for the vines but for the community as well. The venture centres around working with small farmers to revive their old vineyard plots neglected due to poor grape prices and some having been burned in the bushfires of 2017. ̈The plots are simply: too small, too far from a paved road and their rows are too narrow to get a tractor between to be considered feasible by the mainstream ̈ Derek says.

̈We have realised the value of old vines is not in their photogenic candelabra profile above ground, but in their roots. These roots that have spent literally a century and more adapting to their place. Old roots drink deep and they are shock absorbers for vintage swings, drought and even fire. The roots have a tremendous life-force in them and new shoots come up that, with a little coaxing, come back to produce gorgeous fruit. ̈

When the pandemic hit, vignerons were travelling to jobs in shared vans and putting themselves at risk. Garage wanted to do something to help protect them so they created a project where they could work in safe social bubbles close to home. Many had neglected vineyards in their own backyards, which provided the safest work environment possible under the circumstances. Derek says: ̈When we saw all of this we reached out to Nicholas Pearce Wines and asked for some special ́En Primeur Support ́. None of this would have happened without their collaboration. ̈

The small parcels were planted with País in generations past. País arrived to Chile from the Canary Islands and it is documented as far back as 1548 when it served as the wine for Catholic Mass, as well as an important part of homesteading going on on the Southern frontier. Since then, perhaps twenty generations have farmed País in this allegedly New World wine neighborhood. Over the past twenty-five years many vineyards have fallen into neglect. By creating work the Old-vine Revival Project offers something for younger generations to stay on the farm for—instead of heading for the cities in search of a livelihood.

In his closing remarks at the UK launch recently Derek asked : ̈What if ́farming ́ –cultivating and sowing for the future– could be a metaphor for a business ethos that goes beyond the vineyard earthworks, and helps establish a new measuring stick – a new ́bottom line ́ that includes the local community and our planet? Business can be a force for good, and not just in the good times, but in the tricky ones too. ̈

About The Garage Wine Co:

Garage Wine began quite literally in the garage of Pilar and Derek Mossman Knapp. After half a dozen vintages making wine for an informal market of family and friends, it began exporting to UK and Denmark in 2006

Their wines include a series of dry-farmed field-blends of Cariñena, Garnacha, Monastrell, País, Cinsault and Cab Franc grown on pre-phylloxera rootstock with small farmers in the Maule and Itata. Each wine is from a one-to-two hectare parcel in more than a dozen locals: Bagual, Calivoro, Guarilihue, Puico, Sauzal, Truquilemu….

Garage revives old vineyards — diamonds in the rough, practicing regenerative farming, working elbow to elbow in the community. They have a keen focus on small parcels ( bottling these lots individually) and the inclusion of small farmer growers whose families have been the stewards of these old vines for centuries.

What you can read next 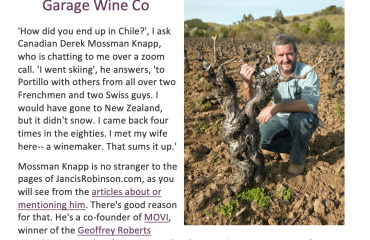 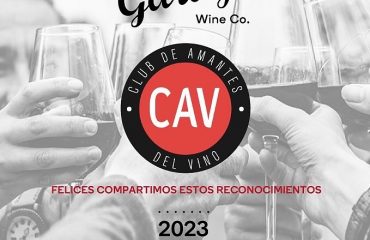 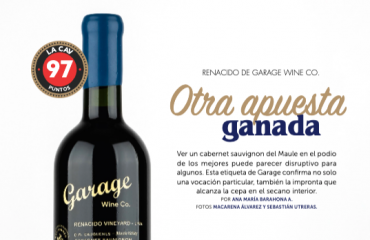